Ex d Barrier Gland – Why it is Important

Ex d Barrier Gland – Why it is Important 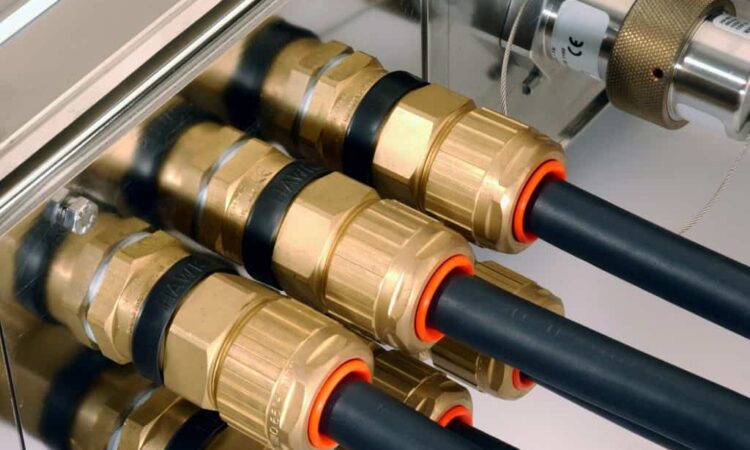 There has been plenty of evidence to show that unless you have been working in the oil and gas industry, underground coal mining, food processing or petrochemical industries, the average industrial Electrician does not know how to make off an Ex d Barrier Gland correctly.

This has resulted in major non-compliances in electrical installation recorded in major oil and gas projects e.g. Chevron’s Gorgon and Wheatstone in WA, and GLNG and APLNG in Gladstone. A lot of time, effort and resources have been spent in remediation work pushing the project budgets, causing delays and frustration.

Where Ex rated enclosures are subject to large variations in ambient and/or service temperature conditions that can create a pumping action and transfer the gases or fluids from a hazardous area to a non-hazardous area, then a barrier gland can be used to prevent the migration of these flammables. However, the most common use for them is in flameproof installations, where they are used to prevent flame from an explosion that may occur inside the equipment from travelling down the cable. We commonly use an ex d Barrier Gland to seal the cable entry in an Ex d enclosure to prevent that flame propagation.

Sealing cables, using a barrier gland, to prevent flame propagation, is a necessity on an Ex d enclosure where:

Sealing of cables is also a requirement on other Ex rated equipment, namely instrumentation which only has a single process seal and is in contact with a fluid or gas under pressure.

In this case, the barrier gland can be used to provide a second seal in the wiring to prevent flammables from migrating to the non-hazardous area.

Conduit seal or Y-seals are used for conduit installations to prevent migration or flame propagation, and commonly used to prevent pressure piling between an Ex d enclosure and another enclosure.

Ex d Barrier or Compound Glands are typically designed with a metal compound tube, which fits inside the entry element. This is filled with the solidified compound, which prevents flame propagation through the interstices of the cable.

Programmable Logic Controller (PLC) – What is it, and What are the Benefits?

What is Classification of Electrical Hazardous Area?

Wes is a Licensed ‘A’ Grade Electrician by trade with over twenty-four years’ of experience in both industrial and mining sectors, specialising in highly automated machinery, involving explosive atmospheres. He excels in electrical maintenance, fault finding, commissioning and supervising duties.

Wes has extensive industry experience, including conducting EEHA audits in Australia and overseas.

Wes is cheerful in nature; you will always find him with a smile on his face.

Graeme has been working in the field of electronics for over 59 years.

He specialises in the delivery of digital and analogue circuits in electronic control systems, and coding of microcontroller devices. He spent the majority of his career over fifty years of working life in the electrical industry, where he was involved in developing some of the world’s first electronic ticketing systems for public transport, along the way introducing the smartcard into public transport, which led to the world’s first computerised system for public transit, a system that is now in use in most major cities around the world.

Graeme has an absolute wealth of knowledge and a passion for electronics andhas a knack for simplifying rather complex ideas.

Glen is a Licensed Electrical Contractor and an ‘A’ Grade Electrician by trade, by trade, with over forty years of experience in the mining and solar energy industry. Glen is a specialist in the renewable energy field, with over fifteen dedicated years of experience in the design and installation of solar power, energy/ battery storage, solar pumping and general electrical.

Glen is the founder and owner of one of Western Australia’s oldest solar organisation, SunWise Energy. His company has installed over 30MW of solar power, representing approximately 2% of WA’s solar power.

As an active participant of the renewable energy industry, Glen is in the know of the latest industry trends, making him a great mentor and trainer.

Garry is a Licensed ‘A’ Grade Electrician by trade, he brings a wealth of experience to the PMV team with over forty-eight years of experience in the electrical industry, fourteen of which has been as a trainer.

He has extensive experience in delivering and supervising capstone assessments for final stage electrical apprentices (Cert III Electrotechnology). With a foot in the industry, Garry has been an active member of various industry training council’s, ensuring student’s competency was in line with industry standards.

Garry has a passion for teaching, he is friendly and approachable in nature and particularly enjoys the practical aspects of instrumentation training.

What our students say about Garry:

Jatinder is an Electrical Engineer by trade and have over thirty-eight years of experience within the oil and gas sector in Australia and overseas, with specialisation in Hazardous Areas and Electrical Instrumentation.

He has a passion for training and has been delivering in the fields of EEHA, Electrical and Instrumentation for the last fifteen years. He specialises in providing site-specific solutions to site EEHA issues. Jatinder can understand, interpret, and apply a broad range of legislation, including its practical application.

He has extensive experience in EEHA Audit and compliance, front-end engineering, and site fitness for purpose solution. He is skilled in the design of electrical and instrumentation work, vendor liaison, site supervision and commissioning, including implementing safety/ risk management and managing multiple projects. Jatinder is an excellent communicator with strong mentoring skills.

What our students say about Jatinder:

“I had a problem to sort around timing and Jatinder came up with a solution which worked, this company is well set out with professional trainers to help you through, like every course you only get out of it what you put in, you can muck around and get nowhere or you can listen, watch and learn from some very clever people”
– Tony Cooper (Google Review)

Hi All,I was looking to obtain a certificate 4 in Instrumentation I was referred to PMV through a work Colleague of mine. I spoke to Jatinder over the phone and he immediately was able to tailor my attendance at Collage so not to intervene with day job.The classes were informative and engaging.

Fellow students and Myself had the ability to ask questions without hesitation.
Jatinder’s technical prospective with a practical approach delivered content to the class seamlessly giving real life examples of the fundamental principles when dealing with an array of measurement systems.

The Equipment at PMV is all relevant with what you would expect to see the real life scenarios.There is a DCS system with integrated functional equipment. Overall great place to learn.

“Recently completed my cert 4 EEHA, excellent course with great practical. Jatinder made the course enjoyable and his knowledge of EEHA and instrumentation is unmatched. I will be returning to finish my instro after having a poor experience elsewhere.”
– Alex Hill (Google Review)

“I just completed my certificate 4 in Instrumentation I was referred to PMV by a work Colleague. The classes were informative and engaging. Fellow students and I had the ability to ask questions without hesitation. Jatinder’s technical prospective with a practical approach delivered content to the class seamlessly giving real life examples of the fundamental principles when dealing with an array of measurement systems. The Equipment at PMV is all relevant with what you would expect to see the real-life scenarios.”
– Big Horse (Google Review)